Head out to the open ocean for a bachelor(ette) party, birthday party or a wonderful relaxing cruise. Book a Marina del Rey boat rental today and enjoy a beautiful cruise with family or friends! 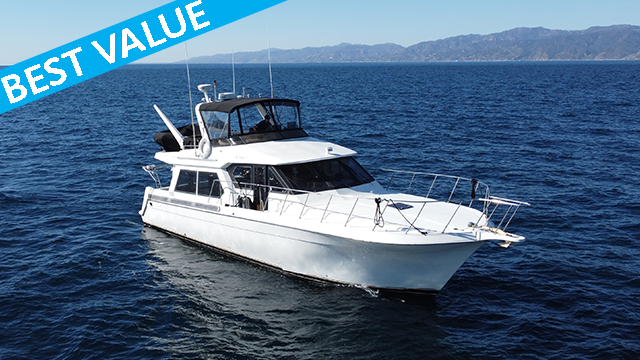 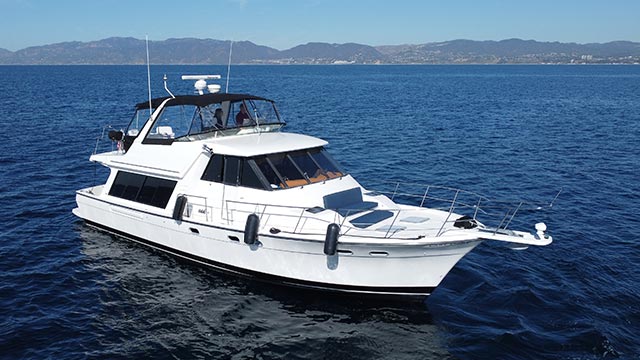 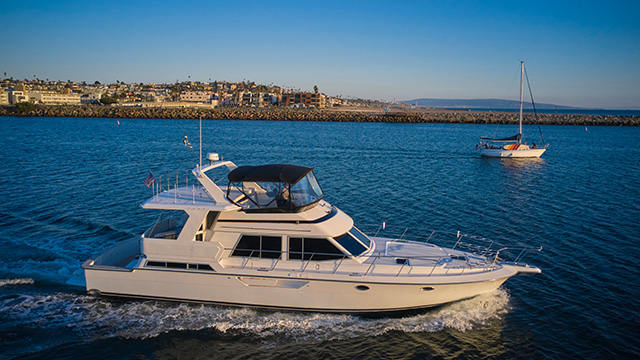 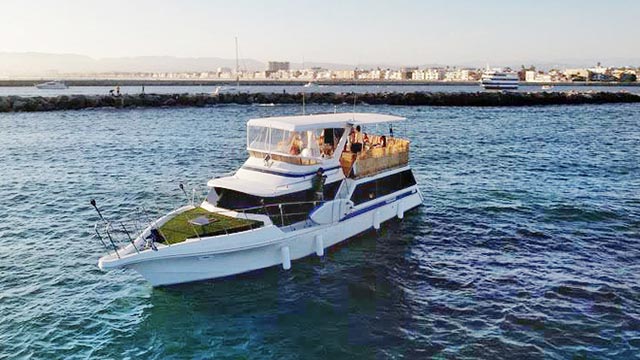 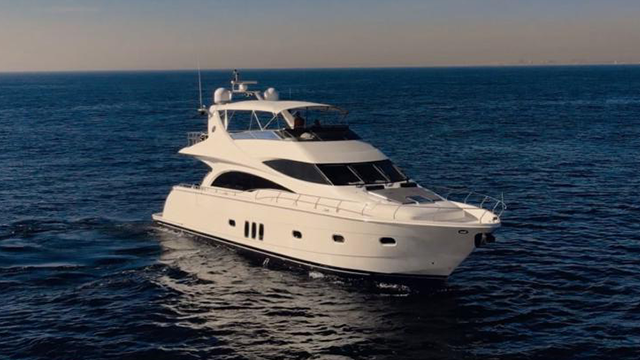 Originally called the Playa del Rey estuary and inlet the Marina del Rey area has always been ideally located and rich in beauty and nature, catching the attention of many ambitious developers over the years. Starting in 1887, with M.C. Wicks who wanted to create LA’s first commercial harbor. While Mr. Wicks ended up going bankrupt and didn’t see the project through it was proposed again in 1916 and 1937, eventually losing to San Pedro.

Despite the loss, the desire to develop the area continued and thanks to the Army Corps of Engineers a proposal was submitted and approved to create a harbor. It’s not 100% clear how the new name of Marina del Rey was chosen, but rumors state that then Los Angeles County Supervisor Burton Chace was behind it. The Marina del Rey harbor officially opened on April 10, 1965.

Today Marina Del Rey is one of the highlights of Los Angeles. Offering the beauty of the sea to all who journey there. Making it an ideal place to charter a yacht and see the sights. Wildlife, sunshine, and beaches galore. It’s the ultimate charter spot for sun worshippers looking to experience the Marina del Rey waterfront.

Marina del Rey yacht charters offer a one of a kind nautical Los Angeles experience. See some of the most iconic views of LA with a Marina del Rey boat rental that departs directly in the center of Marina del Rey.

Since the 1970’s Fisherman's village has been an icon on the Marina del Rey waterfront. Offering eateries and opportunities for fun in the sun for locals and tourists alike. With live music every weekend the classical New England fishing village styled pavilion is a hidden LA gem.

Known to university students as “the MAC” short for Marina Aquatic Center, this property is owned and operated by the University of California Los Angeles (UCLA) Recreation department. Offering students recreation opportunities just 10 miles from Campus.

At the center of the marina is Marina del Rey's largest park, Burton W. Chase Park. Three sides of this 10 acre park have a waterfront, making it an ideal place for the community to enjoy. It hosts year round events and is a local favorite.

Today, Venice beach is one of the biggest tourist destinations in the world, just as the it’s founder Abbot Kinney had planned. Founded in 1905, Kinney turned the marshland into a Los Angelian highlight, Venice was a beach side resort with multiple piers and amusements. Eventually Venice was annexed into the city of Los Angeles in 1925, after it had fallen into disrepair due to bankruptcy. When they discovered the land was on top of “black gold” aka oil the entire area and much of LA was littered with oil rigs, destroying the natural beauty of the area. As the area became affordable it attracted immigrants and creatives, aka beatniks in the 50's and hippies in the 60’s. Creating the rich counterculture that Venice is famous for today. Eventually Venice was cleaned up by the city of LA and the rich diverse community created was an area commonly labeled as “"a cultural hub known for its eccentricities."

Originally this 1,310-foot (400 m) pier first opened in 1965, but this angler favorite is a reconstruction of the original, because of the El Nino storms of 1983 which destroyed everything but the pilings. Thanks to the 4,000-ton, artificial quarry-rock reef that was placed around the outer 750 feet of the old Venice pier.

North of the Venice Pier is the most central LA surfing spot. Sheltered on the north by an artificial rock barrier combined with sand buildup on the seafloor has created a favorite surf spot for locals and tourists looking for a taste of the LA life.

More than 110 years old, the Santa Monica pier is a world famous icon, that struts 1,600-feet out into the sea. Famous for its Pacific Park amusement park, which boasts entertainment galore including the original 1920’s carousel, a roller coaster and 130 ft tall ferris wheel at the end of the pier. Creating a one of a kind view in the world, that is especially cool to see from the sea aboard a yacht.

South of the Marina del Rey harbor is a local favorite for suntanning, swimming, volleyball and mostly tourist free beach activities. This beach of the king, as it translates to, was considered “an isolated playground for the wealthy” in the 20’s and 30’s, where celebrities would hide away and enjoy the sunshine. Today it continues to be an upscale beach area for Los Angelieans.

Things to do Around Marina del Rey

After or before your marina del rey yacht rental, take advantage of the beautiful Marina del Rey and surrounding area and go on another adventure. Marina del Rey boat rides can be enhanced by a plethora of activities depending on the occasion.

Only 5 minutes walking from the Marina del Rey charter departure location you can sit on the waterfront and enjoy a delicious meal overlooking the boats moving around the harbor. Followed by some shopping or an activity rental such as paddle boards or kayaks.

Have a bonfire at Dockweiler Beach

Gather friends and family to enjoy each other's company and light a bonfire. Keeping the excitement of the day aboard a charter going with a one of kind LA local experience of a beach bonfire. Don’t be shocked to see the local fire breathers and drum circles at neighboring pits. Just a quick stop at the grocery store for some wood and you're there in less than 20 minutes after your Marina del Rey boat rental.

Just 18 minutes south of the Marina del Rey charter location, Dockweiler Beach, is one of the crucial spots in starting the sport of Hang Gliding. launch off one of the 25-foot-high (7.6 m) dunes and soar above the beach as the pioneers of the sport have done since the 1960’s.

Take a hike on the Ballona Wetlands Trail

Enjoy a 1.5 mile trail looking at some of the best bird watching in Southern California. One of the few California march lands left, it's a unique easy and quick stop, just 10 a minute drive from the Marina del Rey yacht pickup spot.

See the all eccentrics of this eclectic beach front area by strolling down the strand. A quick 10 minute drive from the Marina del Rey yacht charter departure location. Grab a bite at one of the eateries, check out the unique creations on the artist’s strand’s, be amazed by the athleticism of the skateboarders, or just enjoy the amazing people watching.

Rent bikes in the Fishermans village right next to your Marina del Rey boat rental departure dock. Live a typical Southern California day and cruise your way north to Venice Beach and Santa Monica. A smooth ride that will get you acquainted with the amazing LA beach life.

Get lost in the hidden gem of the Venice canals, that are 10 minutes from the Marina del Rey Yacht charter departure dock. Created by Abbot Kinney in the early 1900’s as the Venice of America it remains a unique LA community to this day. While only 4 canals remain from the original seaside village it's a great place to stroll and enjoy the California home architecture.

All Los Angeles Yacht Charter pickup / drop locations are conveniently located in city centers. For Marina del Rey yacht rentals it's possible to find eateries that meet the needs of all types of palates. From fine dining to cheap eats, there are more eateries to choose from then you could ever imagine. Guests are always welcome to bring their preferred meals on board their Marina del Rey boat rentals or to make a reservation before or after the charter.

Family owned and operated since 1963, Whiskey Red's has views over the water and a comprehensive menu. They are located just minutes walk away from the Marina del Rey yacht rental pick up and drop off location.

Sit under the iconic lighthouse and glare out onto the sea while enjoying delicious Italian cuisine. With an outdoor patio in addition to their inside seating it's a great place to be whisked away as if you're in Italy. Only 10 minutes walking from your Marina del Rey boat rental drop off makes it easy to get to after a charter.

Looking for a gorgeous spot to look out onto the water? Just down the harbor from the Marina del Rey yacht rental departure dock is Salt. A delicious contemporary Californian eatery that uses locally sourced seasonal ingredients.

Offering elevated casual dining this Californian eatery has something for all food preferences or allergies. It is only a quick 5 minute drive away from the pick up / drop off location of Marina del Rey boat rentals.

Started by 2 best friends and operating for over 20 years Tony P´s is a Marina del Rey stable. 5 minutes drive from Marina del Rey yacht rental pickup / drop off location dock they offer casual seafood dining. There are private spaces able to fit all groups of all sizes.

The classic american chain is just 8 minutes drive from the dock on the other side of the harbor. Offering all the family favorites the venue is always a good go to for groups.

We had a great experience on The Lady M. We most definitely booked again with Los Angeles Yacht. 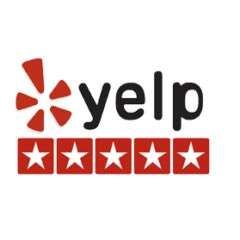 We loved the boatride in the sun for my birthday, sipping on champagne and playing games. 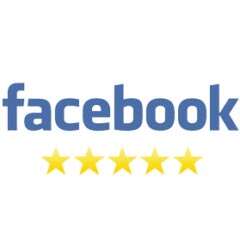 Luis L.   17:58 01/31/23
Had a wonderful time with my friends! This is my second time chartering with LAYC, and they didn’t disappoint! Recommend them fully for short and sweet birthday parties on the water.

Kathleen F.   15:33 01/13/23
Wonderful. The weather was incredible to send off my mom for her final farewell into the sea off MDR.The crew…Troy and Dan were outstanding and so accommodating. The only thing I would say is that it was tough to get a person “live” on the phone to ask questions. We mostly corresponded through email and text, however they were mostly very responsive. Other than that everything was perfect.Thank you!5 +⭐️ ⭐️⭐️⭐️⭐️

Eat The M.   17:27 12/31/22
The service from John, Tony, and Jim was undeniably one of the best experiences I've had in a long time. Their yacht was beautiful and spacious. The trip was exactly what I was picturing for my birthday. 10/10 would recommend and book again

Bria Berry H.   20:09 12/29/22
This was an amazing experience for myself and family!The captain and crew were amazing and very hospitable. If you want a carefree, peaceful, and beautiful experience you definitely want to book this place.Thank you for an amazing trip and I will definitely sail out with you all again!Highly recommend!!!

You are almost there. Fill in the form below and submit. One of our representatives will then get in contact with you within 24 hours to confirm the booking or help you with your questions.